Babylon 5 is a classic of science fiction television, and in many ways of television as a whole. This page is here for my own reference when I re-watch it (once every few years). 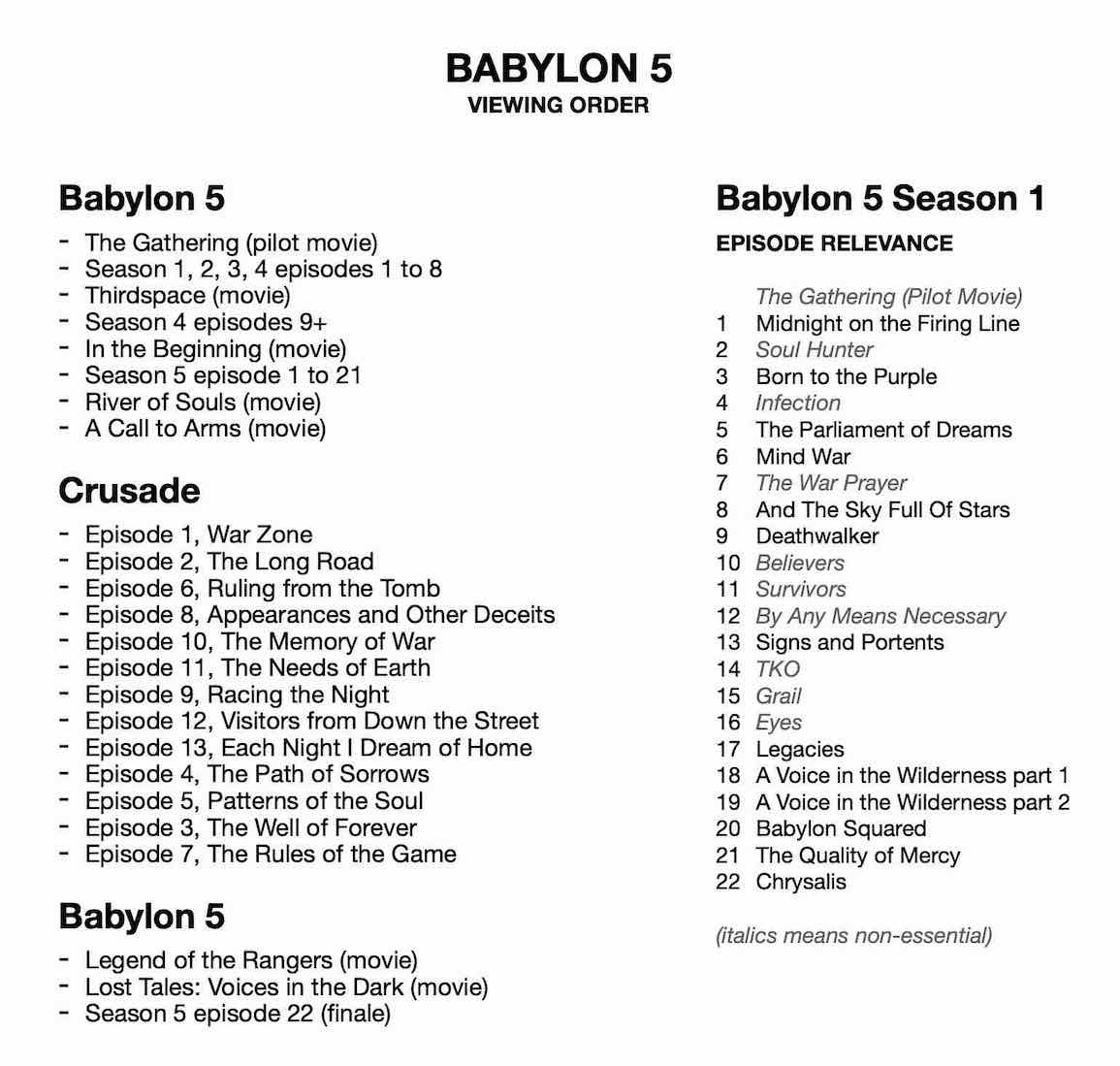 Shown in the first half of the 1990s it suffered from poor acting and slow storylines for the first season. From the second season onwards this generally picked up but, with some notable exceptions, the performances never really peaked.

The effects were, at the time, very good. When other such shows were using models, the Babylon 5 team were using early CGI. These days, however, the early seasons especially look a little embarrassing.

So, given all that, why do I call it a classic?

So, why a viewing order?

What I'm presenting here is an order for watching the whole of Babylon 5 series 1 to 5, the movies, and Crusade. This is based on my own opinion plus online fandom research.

In brief, it is a list of interspersed episodes, seasons, movies, and series. Use this order to get the most amount of consistency and the least amount of spoilers.

It also shows the more important episodes of season 1. You can skip the whole season if you want (catch it later), just watch the highlights, or do the whole thing. Just don't judge the rest of it by that first season. Starting at season 2 will not spoil things; in many ways season 1 exists to presage what follows in subsequent seasons. Personally I'd recommend using the list to watch the important episodes.

Click here to see the suggested Babylon 5 viewing order as an image. Right-click (or option-click) on the link to save the image or open it in a new window instead.

Optionally watch Crusade in this order

Then return to Babylon 5

As said above, not all episodes are essential. Given that seasons 2 onwards are much improved, you may wish to get through season 1 with the minimal amount of viewing. Those in italics below are the ones you could skip with the least impact.