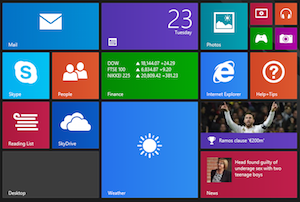 I do C# development at home using my rather excellent second-hand Lenovo T420. However as I was intending to do some work away from home I decided to install Windows 8.1 within VirtualBox on my Macbook Air. The Air is nowhere near as good as the Lenovo (dual-booting with Linux Mint), but the form factor is more convenient.

I own a retail box Windows 8.1 which normally I have Boot Camp dual-booting, but as I recently refreshed my OSX install I did not have anything set up.

Taking a different tack to usual I installed VirtualBox, created a new VM and attempted an install of Windows 8.1 in that instead. I never got past the very first stages of the setup screen, getting the error:

Searching online resulted in comments from Microsoft about dodgy install media (it isn't, and it's an original DVD that otherwise works), plus there were various other hints and tips elsewhere all of which failed to sort the problem.

An answer that works

In the end, I took the easy way out:

Incidentally, the terminal command to convert the cdr to an iso file looks like this (insert your own filenames):

The install then proceeded without a hitch.

I used the disk image because I'd already created it as part of my earlier attempts and so it was much faster to do it that way. However, I suspect that provided you make the two changes above the actual DVD may work. No guarantees though; you may also need the image regardless.